At some point it was decided a person needed to spend all of their time asking more people for more and more of their time and resources. And so the fundraiser was born. It was also when philanthropy began a long slow march away from its mission.

2 a : an act or gift done or made for humanitarian purposes

b : an organization distributing or supported by funds set aside for humanitarian purposes

Notice there is no mention of fundraising. It is about giving, not getting. Now at this point you might be saying, “We have to have fundraisers because without them there is no money for our mission.” I absolutely agree with you. Saying you don’t need fundraisers is like a for-profit company saying it does not need sales and marketing, but if fundraising becomes the tail that wags the dog an organization begins to follow its tail  instead of its heart.

When you think of Starbucks do you focus on how much they spend to get you in the door or on what happens once you have entered? As you enjoy your caramel macchiato are you pondering how much of the cost was based on marketing expenditures?

When donors think of their gifts to a charity do they spend time thinking of how much it cost to take that money from them or do they think of the good that will be done with their money? We would like to think they focus on the good, but all of the talk these days seems to be about the money.

The focus on fundraising has led to a hollowing out of philanthropy to the point where an organization reaching a monetary goal has supplanted what is done with the money. No wonder donor retention is plummeting. If it’s just about filling the thermometer to the top why not fill a different one each year or just not do it at all.

What makes all of this so sad, and maddening, is that philanthropy has the one thing for-profit companies want more than anything – a good story. Starbucks spends a lot of money creating the illusion of a coffee house in Italy. A human being in pain, hungry, homeless or in need of an education is not an illusion. Each is a story people want to hear, a story in which they can be the hero.

Fundraising is a necessary part of philanthropy, but it in no way should define philanthropy any more than the marketing and sales department at Apple defines their products.  Fundraisers would do well to heed the words of Steve Jobs from his bio:

“The company does a great job, innovates and becomes a monopoly or close to it in some field, and then the quality of the product becomes less important. The company starts valuing the great salesman, because they’re the ones who can move the needle on revenues, not the product engineers and designers. So the salespeople end up running the company…..when the sales guys run the company, the product guys don’t matter so much, and a lot of them just turn off.”

Jobs knew that people want to do business with companies that create good products. These same people want to support organizations that are good at meeting their missions. 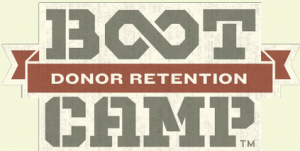