A lot of ink – real and digital – has been expended on the topic of being donor-centered. After all the conferences, white-papers, books, and blog posts it boiled down to a simple message – listen to your donors and respect their individuality.

This certainly seemed like sound advice which dovetailed beautifully with increasing the level (and quality) of stewardship in the fundraising process. Unfortunately as the idea of being donor-centered gained popularity, the level of donor retention fell. What happened?

I got a clue a few years ago while presenting at the WOW Institute, an experiential conference of which I was part for a number of years. A well-known philanthropist, who was speaking about his experiences as a donor, commented that he did not want organizations to be donor-centered – he wanted them to be mission-centered.

His comment got me thinking about how the donor-centered philosophy was part of a culture of giving where everything revolved around either asking for money or thanking people for giving. It is not unlike when a waiter puts his/her name, a smiley face and a thank-you on the bill. It’s definitely friendlier than just getting the bill, but if the food was not any good or the service was poor, you kinda wanted to write your own thoughts on the check. 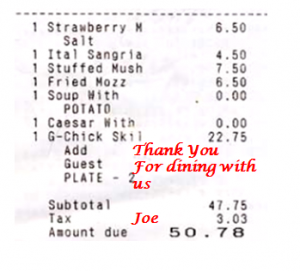 When I gave my 2-year old grandson a wooden train set for Christmas what I wanted was not a thank you – I wanted to see him enjoying it. Philanthropy is like that. You want it to be about what the receiver, not the giver, experiences. 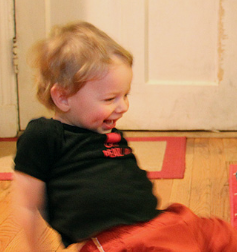 Imagine the thank you letter being replaced by the mission letter. That same donor, who wanted it not to be about him, told the fundraisers at the conference that his favorite thank you was from a scholarship student who had written it on the back of a school decal. 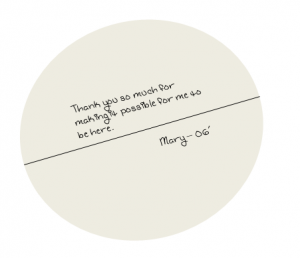 Allowing your mission to be the focus, not fundraising goals and big events for donors, is the critical step toward building a sustainable culture of philanthropy. That culture will lead to dramatic increases in donor retention as donors form bonds not with the askers, but with the people whose lives they have impacted.