Fundraisers love to fight over who â€œownsâ€ a donor. In the nonprofit world the battle is between direct response and major gifts with some organizations throwing in membership to liven things up. Behind the castle walls of education there is the eternal struggle pitting friendraising (alumni relations) and fundraising (advancement).

I have found in working with people who give of their time and/or treasure they donâ€™t like the term donor (makes them think of missing kidneys and blood loss), so Iâ€™m thinking the idea of being â€œownedâ€ would not go over well either. 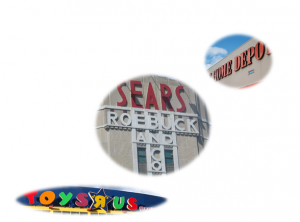 Sears once thought if you wanted appliances, toys or hardware they owned you. GM and Ford at one time were so thoroughly convinced of their ownership of car buyers they treated Japan more as a novelty than a competitor. Home Depot, Toys R Us, and Toyota are among the many companies born in no small part because of the arrogance of the former leaders of their industries.

As fundraising bumps along into the 21st century it finds itself in the midst of a consumer revolt. No one is willing to be shackled to a brand or forced to purchase products and services in a certain way. This free range consumer is demanding a frictionless experience unencumbered by arbitrary processes and rules governing how they interact with a company. 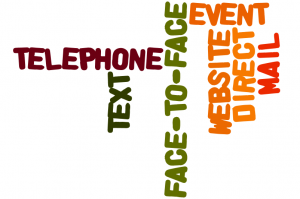 Increasingly consumers are looking for this same experience when they support an organization. Text, website, direct mail, telephone, event and face-to-face are just means to a good end. Saying that one silo or another somehow owns a person defeats the entire idea of multi-channel marketing.

Is major gifts supposed to ask direct response for permission to reach out personally to a donor? Does a fundraiser at a college need approval to attend an alumni event?Â  This is a farce created by people who believe they can control others. It is encouraged by reward systems which focus on how well each silo performs rather than the organization as a whole.

As donor retention continues to decline too many organizations are re-organizing their silos much as Sears, GM and Ford re-organized their companies, failing to understand it is the silos themselves which must be eliminated.

Social consumers, AKA donors, are not going to put up with this much longer. In fact, younger donors are already telling the old-guard what they think of their approach as they give to non-traditional organizations who have wisely (or because they are too small) not adopted the â€œbest practicesâ€ of the industry.

The free range donor is as scary to fundraisers (and perhaps even scarier to their consultants) as the modern consumer was to the big brands of yesterday. Donâ€™t make their mistake of re-arranging the deck chairs as the ship slowly sinks. Be bold, be brave, be mission-centered, and let your donors go where they want to go. You have the greatest products on earth. They want you to succeed, but they are not going to go down with the ship.