When your father is a fundraiser, and that fundraiser is Doug Lawson who wrote Give to Live, you are definitely going to have a bias towards major gifts. I donâ€™t believe it is just pride talking that my father is one of the best face-to-face askers on the planet, and Iâ€™m sure as you read this he is either asking or on a plane to an ask. In this environment I grew up thinking if you needed a million dollars for your cause then you found a person with a million dollars to support it. This simple idea led me to create a series of donor profiling and screening companies the last 25 or so years.

Early in my career I met Roger Craver who can write direct mail copy which almost puts the money in the envelope all by itself. For Roger if you need a million dollars get 50,000 to give $20 each. Then you have 50,000 supporters who can be the foundation of your organization, and he has helped build some of the best known organizations in the world.

So whoâ€™s right? If you raise all your money from a few people then you risk not having a solid foundation for your organization â€“ see my post about Peter Wylieâ€™s study that shatters the 90/10 rule. If you rely on small donations, and never realize the full potential of your highest potential prospects, you risk being pulled under if your donor retention plummets â€“ a fate more than one organization is enduring these days.

Over the years I have heard many major gifts officers utter some version of, â€œWhy waste money on direct mail when you can raise a lot more from your top prospects?â€ And from my friends in direct mail, â€œMajor gifts are too unpredictable, and besides – weâ€™re not Harvard!â€

That comment about fundraising in Cambridge is one clue to this debate. Higher education, not just Harvard, has a natural advantage beyond demographics when it comes to big gifts. They donâ€™t have to acquire donors; thatâ€™s done by admissions. What they need to do is convert them from alums to donors, and thatâ€™s very different (and cheaper) than acquisition mail.

I have had the privilege of working with the good folks at Harvard over the years, and in the late 90â€™s I had an experience there which reminded me while they have many advantages, so do nonprofits. I was speaking to a group of their fundraisers about the new younger wealth being created in Silicon Valley (this was the dot.com period and IPOâ€™s were happening almost daily).

During the Q&A it came to light while giving was going very well with older alums, Boomers were not as responsive. In fact, just a few weeks earlier a mailing had gone out stating, â€œWhy give to Harvard when there is homelessness, pollution, AIDSâ€¦.â€ When you opened the brochure there were graduates working on all of those problems. It was a brilliant way to reconnect education to the societal problems to which Boomers were attracted.

This was a powerful moment â€“ an institution with seemingly every advantage admitting the missions of nonprofits were effectively competing for their alums giving.

In the middle of this tug-of-war between the mass-raising and focused-raising approach stands the donor. He/she opens the envelope and sends a check for $25 to save something of value just before answering the door for the major gifts officer of another organization about to ask for $25,000,000 to put their name on a building. This is not any different from a person having a Sausage McMuffin on the way to work in the morning, and enjoying a crazy expensive dinner in the evening at The French Laundry. 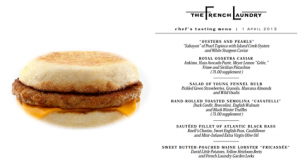 What happens to the $25 donor if he/she is not given the opportunity to grow their giving to a level closer to their capacity? Will they keep giving $25 or move with the upgrade model of the direct mail program? Based on declining retention rates the answer would seem to be no on both counts.

And what happens to the organization that receives the $25,000,000 when the donor dies? Hopefully a great planned gift, but then what? Is there a large pool of cultivated donors to replace those dollars? In major gifts you hear the phrase “usual suspects” a lot. What happens when their gone?

Organizations and institutions fortunate enough to have the top of their giving pyramid willing to give 99% of the money need to expand the base and connect with more of their constituencies. For organizations where the top of the pyramid is a step stool away from the bottom, itâ€™s time to embrace major gifts and allow your high capacity donors to give more. Youâ€™re not Harvard and they will love you for it if you give them a chance.

The struggle between major gifts and direct mail is damaging missions by frustrating donors. Your mission is saying â€œcome togetherâ€¦ right nowâ€¦over me.â€ 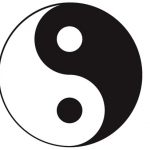 P.S. My father and Roger worked together at the National Urban Coalition so I know itâ€™s possible. It was 1969 â€“ the same year the Beatles released Come Together on Abbey Road. Thereâ€™s no fighting that kind of Karma.

The New Science of Philanthropy Blog